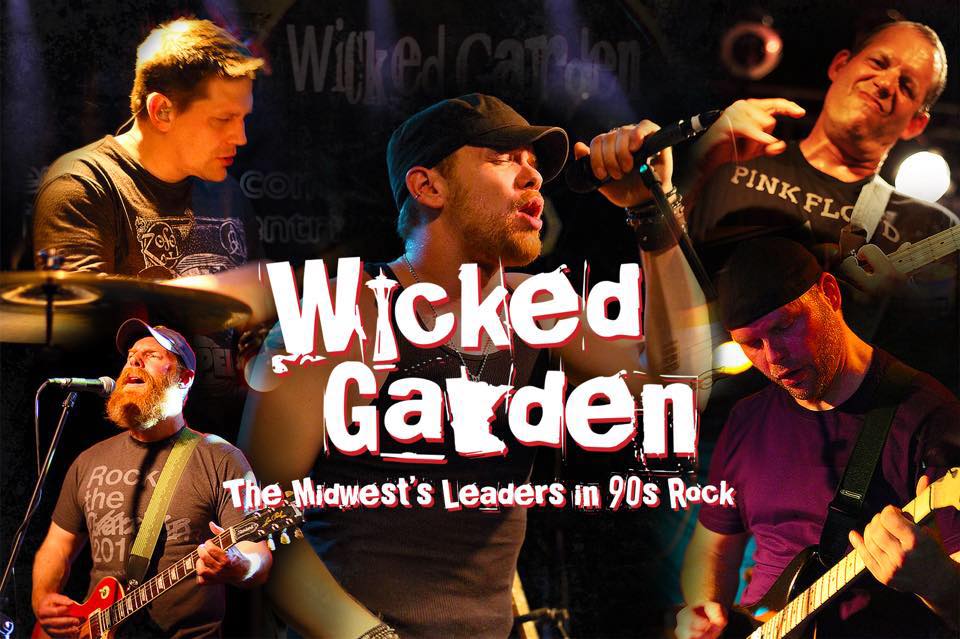 Wicked Garden has been entertaining grunge fans with full sets of songs from the the 90’s grunge era since February of 2010. We strive to bring only the best to our fans. This year we have expanded both in members of the band and the artists that we cover. Wicked Garden has grown from a four piece to a five piece band, our newest members are Ryan Gaskill on lead vocals, Jamie Norman on guitar/backing vocals, & John Gensmer on drums. This allows us to be versatile and expand vocally from two harmony backing vocalists to four. We are also expanding each set list to include many new songs and artists.

Our goal is to bring people back to the sounds that defined the musical revolution of the early 90’s. A time when radio stations worldwide began to play songs from bands that were willing to shake things up from the status quo, such as, “Smells Like Teen Spirit” by Nirvana. Wicked Garden covers the grunge power songs that filled the top 100 charts, such as Pearl Jam’s “Jeremy”, Soundgarden’s “Outshined”, Stone Temple Pilot’s “Plush”, & Alice In Chains’ “Man In The Box”. We also performs songs from several grunge influenced bands from today, such as Tool’s “Sober”, Foo Fighter’s “All My Life”, and Queens Of The Stone Age’s “Little Sister”. Every time we perform it is done with the same great intensity as the iconic bands that we cover.